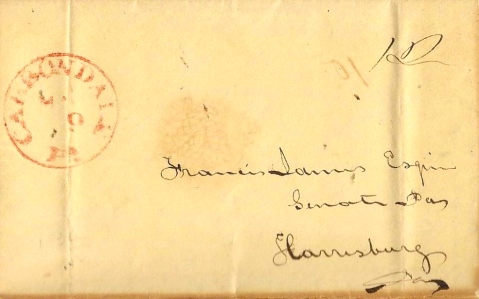 When at Harrisburg I mentioned our geological specimens which differ however I presume but little from those found in your vicinity. I have nevertheless been collecting some which I intend to send you when I have an opportunity. I have charge of a coal mine in which I found the bulb of a water plant of great size. I should think it would weigh five hundred. Dr. Sweet — who has quite an extensive private cabinet — went with me to see it. I told him he might have it for he would get it out of the mines which he is about to do. It very much resembles the bottom of a pine tree with the small roots cut off. If it really be the bulbous part of a plant, it must have been a huge affair.

Will you write me an inform what kind of elementary school you have for boys of from 12 to 16. Thomas Meredith, Esq., ¹ of our place has a son I believe of 14 years of age whom he intends sending away to school. I had spoken to him of your place and schools but could not give him all the information on the subject he desired. If he should send his boy, would you act toward him as a guardian so far as to see that he does not get into the company of bad boys. I am trying this Spring to get up a Lyceum in Carbondale but fear I shall not succeed. This evening I deliver an address on the subject at the request of those who feel an interest and for the purpose of aiding the establishment of my favorite scheme, but we have no literary enterprise and I fear I shall not succeed. If I do not, I shall feel at liberty to abuse them for their lethargy on the subject of Education. Please make my compliments to your delegation in the house, whom I hold in respectful remembrance, and accept yourself, my dear sir, my warmest feelings of friendship, — Lewis Jones, Jr.

¹Thomas Meredith, was born in Philadelphia in 1779. He studied law with his brother-in-law John Read, and was admitted to the Philadelphia Bar in 1803. He subsequently served the United States army in the War of 1812, eventually becoming a Major. Meredith also served as the register of Wills and Deeds for Wayne County from 1820 – 1823. In 1822 he married Sarah Gibson. The couple built a home near Carbondale, PA, known as Meredith Cottage, and had several children. The 14 year-old son may have been Samuel Reese Meredith who died in 1865. 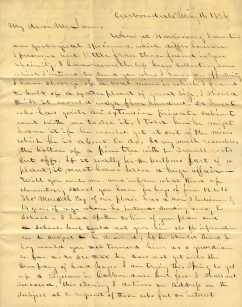 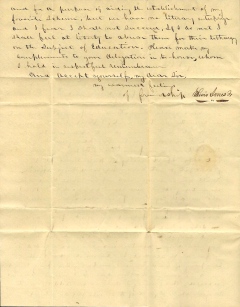