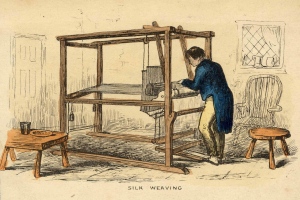 Though no year is given on this letter, the dateline of “Thursday, March 11th” and the events described in this letter suggest it was written in March 1819.

The first part of this letter was written by Thomas Jefferson Stead (1804-1866) of Providence, Rhode Island. He would later marry (1825) Frances Elizabeth Dyer (1806-1887), the daughter of Dr. Benjamin Dyer (1768-1831) and Abigail Pearce (1763-1831) [See footnote]. Thomas was born in London, England. He became a prominent manufacturer of cotton and iron at Providence where he resided until his death. In February, 1827, he traveled in a sleigh all the way from Providence to Detroit to visit and aid his young brothers and sisters. For 16 years and during the civil war, he was quartermaster-general of the Rhode Island troops.

The second part of this letter — though unsigned — was probably written by Martha Pearce Dyer (1789-1858), the wife of Dr. Hercules Whitney (1777-1875). Martha was another daughter of Dr. Benjamin Dyer. She married Hercules in 1808 and resided in Providence. Though no record could be found listing the children of Hercules and Martha (Dyer) Whitney, this letter suggest that they had two girls named Sarah and Harriet.

The content of the letter concerns the purchase of mulberry trees for the purpose of starting up a silk manufacturing industry — a craze that spread across the U.S. in the early 19th century.

Respecting Mulberry trees. The Alpine is more hardy than the Multicaulis and is said to stand our winter without covering the leaves and nearly as large, and are said to make more silk. It is the opinion of many that it will entirely take the place of that. With regard to ____, B. Dyer paid Whitmarsh 500 dollars for 1000 of the trees and that is the lowest price he will sell at. The regular selling price for them and the Multicaulis is 30 to 75 cents according to size, circumstances &c.

Now if the person who has these 3000 trees to sell is a man of property — of standing — of integrity — whose bond is good — and will give you a good and sufficient guarantee that these are the genuine Alpine Mulberry trees — produced from — slips — or layers of that kind of tree — you ought by all means to h___ them, but it appears to me (in which opinion B. Dyer concurs) that that cannot be. And the fact is that no man can tell the common white Mulberry from the variens choice kinds until they leaf out. These, therefore, as we think are either selected trees or have been got in some other than an honest way. By select trees, I mean that many of the Alpines in this country are seedlings — the seed having been imported. That amongst them various other kinds of Mulberrys grow up, that after leafing out they can be selected. Then the trees which are picked out as not being the right kind are called selected trees.

You have my opinion and now must judge as to the truth yourself. With love to all, I am, — T. J. S.

In regard to what Thomas has written, I would say if the person who has the trees for sale — if a responsible man and can give you a guarantee for the genuineness of them — you may venture to buy the whole of them as you may be furnished with means from here to pay for them. Mother has a present of $100 to send up by the first opportunity. I do not wish to lose this mail. Will not stop to say much.

Sarah left her room yesterday for the first time [and] gains slowly. George has gone to Mrs. Angell’s to recruit his strength and we have a stout Irish girl to take his place. Mr. Whitney talks of going to Brooklyn this week if our little Harriet is well enough to leave. She has an attack of scarlet fever.

Harriet Adie ¹ is well. Her return to Westborough remains doubtful. Love to all.

¹ Providence, Rhode Island vital records show that Harriet Adie (1804-1828) married Benjamin Dyer, Jr. (1822-18xx) on 25 September 1822. This is consistent with the “B. Dyer” mentioned in the letter. Harriet was the only daughter of Major Alexander. Benjamin Dyer, Jr.’s father was a physician in Providence who also made money investing in manufacturing. He purchased a large tract of land in Cranston, now Elmwood, where he engaged in agricultural enterprises. The Vermont Gazette  (Bennington, VT) published the following notice in their paper of 3 November 1823:

At the fourth Annual Cattle Show Exhibition of the Rhode Island Society for the Encouragement of Domestic Industry, holden at Pawtuxet on the 15th and 16th of October 1822, Dr. Benjamin Dyer, of Providence, was clad in a complete suit, of a superior quality, manufactured in his own family, even from the culture of the trees to the growing of the worms, producing the material.

The Valentine Silk Company was formed in Providence for the raising and manufacture of silk with a capital of $100,000. It was conducted by the Dyer family and had a cocoonery of 150 feet long and a big nursery of mulberry trees. Ten or twelve different fabrics of silk or cotton and silk are woven in the establishment but it went out of business in 1839. 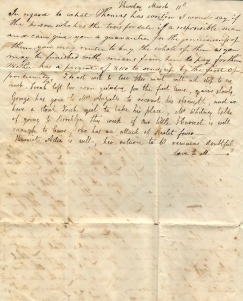