The key to discovering Susanna Davis’ identity was the reference to her brother in New York and his name on the cover — Mr. Michael Francklin. Susanna also mentions Nova Scotia which I surmised was her home.

Elijah Janes was a lieutenant in the America Revolution; his only wounds received after the surrender of American forces when an English officer severed some of Elijah’s fingers. Elijah became a merchant in Lansingburgh and often traveled to New York by way of the Hudson River to purchase goods. Elijah made a fortune by trade and speculation, and became the first president of the Lansingburgh Bank and a justice in the courts. Phebe Gay, of Farmington, was said to be a woman of “great intellectual vigor and executive talent.”

Some months ago I had the pleasure to receive your esteemed favor [and] also one from dear Mrs. Bradley. The kind expressions contained in your letter demands my warmest thanks. To hold a place in the esteem of my Lansingburgh friends will ever be highly prized by me. It was quite a cordial to my heart to peruse letters from persons I so lustly love. I felt while reading as if conversing with them. But too soon was confined of my mistake. I feel myself much obliged for the information of our friends in general. Mrs. Redfield’s loss I sympathize in — and at the same time record much satisfaction to hear she showed so much fortitude. I am confined it is our duty to endeavor to bear up under the various loss & crosses this world teems with, with resignation as becomes Christians & professed followers of the blessed Jesus. In religion alone, true happiness is to be found and it is to be lamented the world in general is so careless to secure what is for their eternal good.

The City of Philadelphia as well as [New] York has been highly favored this season having been exempted from the dreadful fever that of late years have hurried thousands to the grave — ____ in different parts of the country has prevailed much. I am sorry to say Mr. Davis has not enjoyed his health as well as when at your place. Of late he has been much indisposed but it is on the recovery. As to myself, I have not much cause to complain on that head. It gave me much pleasure when your self & Mr. Janes enjoyed good health. Mrs. Dole, I am sorry, is still an invalid. It is surprising she continues her annual addition.

Mrs. Willard’s ill health gave me much concern. I hope long ‘ere this she is restored. The doctor’s business having increased afforded as much pleasure from his good medicine. We have often since in this country found great relief. I am almost tempted to envy her her pleasant situation. I frequent in imagination see you triping across the street to see each other. Wishes this said are useless, otherwise I should expend them in desiring to be near you.

Mrs. Rosecrans I am pleased to find is well recompensed for her many disappointments. The little girl must be handsome if like her. Mrs. Dickerson, I suppose highly gratified with her daughter. In this part of the world, children are not so great a rarity as at Lansingburgh.  I am quite alone in that respect in the neighborhood I live in, but can truly say that is the least of my concerns. Had my dear husband been more successful in his undertakings and we had met earlier in life, perhaps should been like some anxious to have heirs. Good children, no doubt, must be a comfort to parents but often cause much pain & always bring care. We should be contented with or without.

I am pleased to find your society remains much as when we had the pleasure to make one. The removal of the Sketchley Family will not, I suppose, cause much regret. I feel for the female part of it. I am informed they were generally esteemed in Canada.

I hope my dear Mrs. Janes will not impute my not replying to her favor sooner want inclination but the true cause opportunity. I have ever found much difficulty to get letters forwarded to my relation and friends often have to send them by the post to New York. I don’t hear as frequent from Nova Scotia as when at Lansingburgh. I intend visiting the city and to try to find -paper torn] …if not shall send to my brother at York….

Please to present my compliments to Mr. Jane. Mr. Davis writes him. Also best regards to Mrs. Willard, Bassel Redfield Jacobs. I flatter myself when the spring vessels leave North River to be again favored with letters. They will ever be gratefully received by your truly attached friend, — Susanna Davis 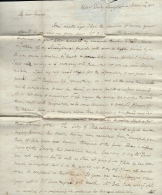